Sex-Specific Research in the Future of Health Care

Virginia Miller, Ph.D., director of Mayo Clinic’s Specialized Center of Research on Sex Differences, has spent her career advocating for the importance of conducting research that is sex-specific. That means that research studies include both men and women, and that the results are analyzed separately by sex.

Historically – and even today – that still does not happen in many scientific studies, so there is still much work to be done as we move forward with conducting research in the future. It is critical work when you consider what we can learn, and frankly, studying only one sex and applying it to the other without testing is simply poor science, Dr. Miller says. 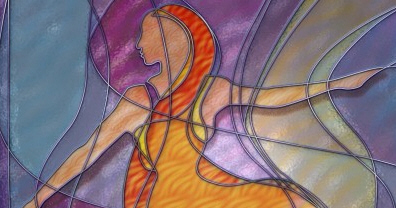 “Biologically men and women are different, and if we want to improve care for all people, we need to understand, for example, if a drug responds the same or differently in men and women,” Dr. Miller says. “Today, more and more scientists are joining together to say that we have to pay attention to sex in studies.”

Recently, in a commentary published  in the journal Nature, Dr. Francis Collins, director of the National Institutes of Health, and Dr. Janine A. Clayton, director of the institutes’ Office of Research on Women’s Health, warned scientists that they must begin testing their theories in female lab animals and in female tissues and cells.

In honor of her work, Dr. Miller, past president of the Organization for the Study of Sex Differences, recently received the Bernadine Healy Award for Visionary Leadership in Women's Health at the 22nd Annual Women's Health Congress in Washington, D.C.

The Bernadine Healy Award for Visionary Leadership in Women’s Health is named in honor and memory of Dr. Healy, a cardiologist and former NIH Director. She was a well-known advocate for women’s health; at NIH, she launched many research efforts including the Women’s Health Initiative, a 10-year study of diseases that affect women beginning at midlife.

“Dr. Healy was well-known for her leadership and advocacy to improve the health of women,” Dr. Miller says. “It is an honor to be recognized in the name of a woman who made important advances in science and medicine,” Dr. Miller says.

To learn more about the importance of sex in scientific research, listen to Dr. Miller’s interview with Ira Flato on National Public Radio’s Science Friday in January 2014, watch this video from KIMT.com., and read this New York Times article.

Dr. Miller also is author of an editorial on the subject in the journal Physiology earlier this year.