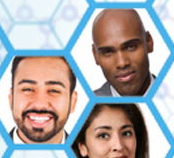 Mayo Clinic, in collaboration with Baylor College of Medicine, is planning to sequence the DNA of 10,000 Mayo patients for 69 genes that can affect how the body metabolizes, transports and reacts to certain drugs. The gene variations observed that are known to influence drug response will be entered into each patient’s electronic health record and a drug alert will pop up when the prescription is written for a drug for which that patient might have an adverse reaction or require a special dose.

“All of us carry common variations in our genes that might mean we respond differently to drugs,” according to Richard Weinshilboum, M.D., Pharmacogenomics Program Director at Mayo Clinic’s Center for Individualized Medicine and the Mary Lou and John H. Dasburg Professor of Cancer Genomics. For example, most people express the CYP2D6 gene, which the body uses to metabolize codeine into morphine. However, some people don’t have the gene, which means codeine won’t reduce their pain. Other people have too many copies of the CYP2D6 gene and make too much morphine, which could lead to a life-threatening drug reaction that causes a patient’s breathing to become dangerously depressed.

Over the past four years, Mayo Clinic’s Center for Individualized Medicine 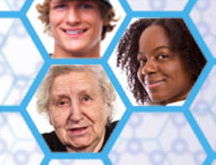 has been adding drug-gene alerts to its electronic health records, but they weren’t specific to a patient. Instead, if a clinician prescribed one of 20 specific drugs, an alert would pop up recommending the physician consider testing the patient for a genetic variation.

However, for the 10,000 patients in this study, the alert would say, “Your patient has the genetic variant”—no additional testing would be required. Mayo will be able to analyze the results to evaluate the potential value of having the genomic information pre-emptively. The theory is that this critical information will help prevent life-threatening drug reactions and reduce health care spending.

Dr. Weinshilboum hopes that the results of the study will help to determine the value—medically and financially—of pre-emptive pharmacogenomic testing. “The speed at which this is happening is astonishing,” Dr. Weinshilboum said. “This is the aspect of clinical genomics that will have the greatest potential impact, earliest, for the largest number of people.”

This study builds on foundational research and experience gained through funding from the Pharmacogenomics Research Network, funded by the National Institute of General Medical Sciences at the National Institutes of Health — and from experience obtained via eMERGE, a national network organized and funded by the National Human Genome Research Institute that combines DNA biorepositories with electronic medical record systems for large scale, high-throughput genetic research in support of implementing genomic medicine.